I have been terrified of kayaking my whole life. That is, until my first time ever kayaking last year at the age of 60.

The trouble was that stories and movies about kayaking are always talking about the extremes and I thought that’s what all kayaking was like. You either die or you have near-death experiences.

The whitewater rafting trip we went on a couple of years ago didn’t help. And they told me it was at the lower end of the white water scale….

Yeah, that’s me with the white hair in the middle. There are three other adults over the age of 50 on the trip, one of whom was my husband, to my right in the photo. They were all smiling. Two of our adult daughters are flanking me. They all got a good laugh out of the look on my face the photo captured, once they saw I was not emotionally traumatized at the end.

But before we get back to kayaking, here’s a photo to balance out the previous ones. Much of the trip was calm and someone-who-should-have-known-better gave me a portion of a Mike’s EXTRA hard lemonade, so I had a period of being maximally relaxed.

When, last summer, my husband suggested we go kayaking out on the large river behind our house, I naturally thought it was likely to be a harrowing experience. It’s not that there is white water. There aren’t even any movie-grade waterfalls just around the bend.

However, I can see the fast river current from my house windows. I have felt the water pushing his 18 foot jet boat around. I was pretty sure there would be a rescue involved.

Still, if that was his idea of a good time, I was willing to try. And I do know how to swim and have an understanding of using the current to swim toward the side.

And I had a blast!

To be totally honest, as he gave me a gentle shove off of the bank, I began paddling furiously. I was not going down without a fight!

But it didn’t take long until I realized that the motion of swinging the oar was very much like swimming. Also, I was not getting too tired AND I was making progress UP river.

I should probably clarify that this first-ever trip was the middle of summer, so the water was not at spring highs. We actually went on our first kayaking of this year about a month ago and the water was considerably stronger. I don’t think that would have been a good first-ever trip for me.

Since I had several trips under my belt from last summer, it was an acceptable challenge. Upstream heading out, then the float back home was effort free other than crossing back to get to home shore.

I have been feeling pretty good about my kayaking effort, like I had accomplished something noteworthy. Until we had dinner with some somewhat older neighbors not too long ago.

The wife is a sweet, petite woman who is about as gentle in spirit as I’ve met. She gives no other indication of being athletic or even very active in general. However, SHE has gone kayaking on the river.

She speaks of it like it is no big deal. I do think all of her longer trips are from being driven about 5-6 miles upstream, then kayaking back to the house.

Even that impresses me, though. I’ve done that and just guiding the kayak and being on the water that long takes some stamina.

Thus, to answer the question in the title: You are probably not too old to go kayaking. If you are concerned about being left behind, you could look into a double kayak. I have a younger friend who did that, since she is so much smaller than her husband. The joke is that he won’t even know if she’s helping to paddle, haha.

It will help if you have some other activity in your life that keeps you adventure ready, but, as my neighbor shows, that also doesn’t seem to be absolutely necessary.

Mostly, make sure you pick a safe section of water and have a life jacket.

I am really looking forward to kayaking more this year. When you’re on the river in a kayak, there is no motor noise, you don’t have to worry much about shallow spots, and you gain a fuller understanding of the words to the song “I’ve got peace like a river in my soul.”

This kayak on Amazon is similar to the kayaks we got from Walmart: 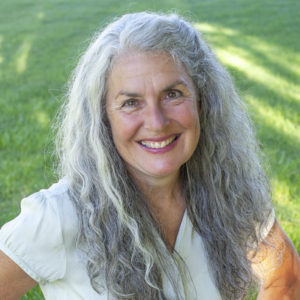